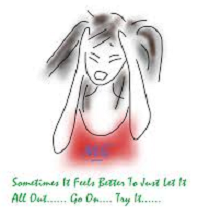 It’s Not True! Public Speaking Is Not Scarier Than Death!!

You know how you’re always hearing that people are more afraid of public speaking than they are of death?

It’s all over the place.

Jerry Seinfeld unwittingly popularized the idea when he joked: “This means to the average person, if you have to be at a funeral, you would rather be in the casket than doing the eulogy.”

AARGH! Speakers, writers, and speaking coaches often mistakenly quote the “statistic” that people are more afraid of public speaking than death to set up their topic and emphasize how frightening public speaking is for many of us.

It may be convenient, but it’s not an accurate or helpful idea.

Yes, the fear of public speaking is an all-too-common experience and often felt frequently and intensely. But does that mean people fear it more than death, as they imply?

In my opinion, fostering that idea reinforces that it is normal to “be deathly afraid” of performance situations.

Here’s how it all started.

Several polls over many years have ranked the frequency of people’s “greatest fears” from a list. In other polls, people rate the intensity of each fear from a list of phobias, including death, from 0 to 10.

And, yes, more people chose public speaking as one of their strongest fears, more than they chose death. About 40 to 45 percent identified speaking in public as their worst fear. (By the way, bugs, illness, and financial problems, among other things, have also come out ahead of death.)

Of course, those other fears would rank higher in frequency and intensity as a “greatest fear” (or, as one study labeled it, “pressing concern”) that people live with! Most of us don’t confront death very often, so we wouldn’t choose it as a “greatest fear” we acutely experience, so public speaking (and all those other more immediate experiences) would come out higher on the list.

It’s a misinterpretation of the data and a disservice to claim that people are more afraid of public speaking than death.

I would guess that, if we were actually confronted with death, we would rather give a speech.

Book a Half Hour Complimentary Consultation